Most of us believe at commonly available ingredients at local markets cannot be toxic or harmful. However the truth is far from it because in our daily life we eat many food items that can lead to serious poisoning or even in some cases to death. Few of these surprising food that we eat can lead to death are as follows.

Most of the time we use Cassia type Cinnamon for our foods but the some cassia cinnamon actually has a compound called Coumarin which can be rather toxic for health. In small quantities this Coumarin might not be toxic but huge intake of this compound can lead to increased risk factor of cancer or various liver disorders. It is advised that people suffering from Liver problems must avoid this spice.

While mushrooms are available in various sizes and shapes for different delicaciesbut still the rule s to only eat fresh mushrooms. The reason if you happen to buy them from market be sure to check if they are fresh or not because being placed in plastic for a long time or being canned wrong they can develop slimy mold and a bacteria called ‘botulinum’. If you eat these moldy botulinum filled mushroom ten you are serious nervous system risk. Botulinum is actually a neurotoxin which affects one’s nervous system and the consumption of botulinum infected mushrooms can cause muscle parlays with difficulty in breathing that can lead to death.

Potatoes with their endless recipes are famous as he most widely eaten vegetable around the globe. We often at the potatoes that have a slight greenish hew considering it to be exposure of Chlorophyll but are actually an acclamation of a toxic glycol-alkaloid named Solanine. Low levels of solanine are harmless but eating huge quantities of this solanine infused potatoes can lead to headaches and various gastrointestinal disorders.

Mango belongs to genus of plant called Anacardiaceae which sir owned for producing fruits like mangoes, cashews and blackberries with fleshy outside and hard insides. Ironically in addition to these delicious fruit, this particular genus also holds members like Poison Ivy and Sumac.

This genus plant fruits oozes out a white sticky substance called Urushiol which is released mostly by mango rind. Most of the population is unaffected by this substance but those who are sensitive to it may experience blister like rash on their whole body. For those who when in contact with mango rind experience this particular itch must avoid eating this tasty treat in future as it can lead to anaphylactic shock which can lead to death.

Quail might not be that much common of a food item but still once in a while meat lovers do love a good quail on their plates. You ask what the problem with quail is; well quail being a migrating bird eat insects, seeds and plants including Hemlock from various regions. The Hemlock plant releases toxic material which is toxic to most animals including humans., while quail is resistant to Hemlock toxin but people who eat these quails suffer from Quail poisoning or medically known as Coturnism. Little affects of Coturnism only cause slight indigestion problem but hose who consume large amounts may suffer from permanent damage to their nervous system or other body parts as well. It often leads to coma and even to death.

Houseplants safe for Cats and Dogs 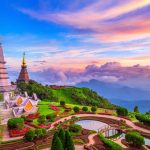 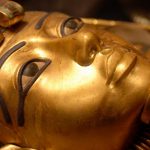