Perhaps for the history of entire humankind and most importantly for the world of technology, the date March 12th 1989 hold a pretty high significance. The day was the one that has been marked as the most revolutionary in the annals of the technology history.

Well, what happened on that day? The thing is that on this very day, an idea was proposed by Tim Berners Lee which was fulfilled and is in the world of today is called the “World Wide Web”.

Considering the importance of this day in digital history, Google has decided to celebrate it in their own unique way and that way is by a doddle; The Google Doodle.

The doodle which is available for everyone to see features the early style computer which is slowly downloading the image of rotating earth along with a dial-up Modem and all the computer accessories.

“Not to be confused with the internet, which had been evolving since the 1960s, the World Wide Web is an online application built upon innovations like HTML language, URL ‘addresses,’ and hypertext transfer protocol, or HTTP. The Web has also become a decentralized community, founded on principles of universality, consensus, and bottom-up design.”

The Google Doodle is for everyone to see on their Google home page as a tribute to the discovery or you even call invention of the “World Wide Web”.

Stop doing everything and update your Google Chrome 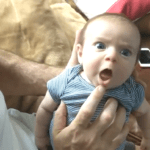 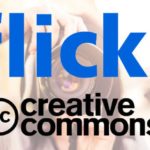