Google, the technology giant has announced that they have temporarily shut down all of their offices operating in China due to the recent Coronavirus outbreak. The shutdown includes all of the offices that are located in mainland China as well as the ones located in Taiwan and Hong Kong.

At the moment, these offices of Google are closed due to the Lunar New Year’s extended holiday, which was a measure taken by the Chinese government for reducing the further spread of the Coronavirus. They have encouraged the residents of the country to stay inside their homes and to avoid any travel.

A spokesperson of Google said that Google has also decided to close its offices in China in accordance with the guidelines of the Chinese government as well as the travel restrictions for businesses to fly into mainland China and Hong Kong.

The company has also advised the employees that are in China and the ones whose immediate family members are returning from China, to return to their homes as soon as they can and to only work from home for the next 14 days right after their departure date.

This move from Google is the escalation in the efforts from the tech industry to mitigate the risks that are related to Coronavirus, which as per health officials has originated in Wuhan, a city of China and has so far claimed 132 lives and 6000 confirmed infected cases.

The tech industry of today has strong ties with China as it is the largest internet market in the world as well as a manufacturing hub. Due to these reasons, the employees of all the tech industries travel to and from the country routinely and every major tech company has maintained its offices in China too.

While there might not be that many popular web services of Google available in China due to the tension of the company with the government, Google still has 4 of their official offices in China. Many of the product teams for Google that are responsible for the creation of devices such as Google Home speakers and the Pixel phones; they all work with the Chinese factories and hardware suppliers for this manufacturing process.

Earlier this week, both Facebook and Apple have also placed a restriction on their employees from traveling to China. Tim Cook, the CEO of Apple announced the travel restrictions yesterday during the quarterly earnings report meeting with investors. Apple also confirmed that it has also closed down one of its retail stores located in China.

In addition to tech companies, other companies of the electronics, car manufacturing, transportation, and entertainment industries have also started placing restrictions on their employees for traveling to and from China as well as to halt their operations. Even the film studios and the Disney Theme Parks have placed such restrictions. American Airlines and United Airlines have also canceled all the upcoming flights scheduled for the USA to China due to the sheer decrease in consumer demand. Other major airlines like Lufthansa and British Airways have also suspended their scheduled flights to China. 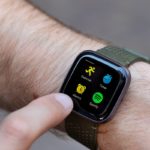 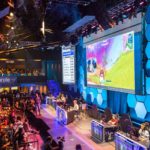