It seems that hackers are on a crime spree and not even the major financial and tech giants are save from heir nefarious deeds.

This week earlier on Monday, the financial service giant otherwise known as Capitol One suffered a major cybersecurity attack that left them with the personal information breach of about 100 million American clients as well as 5 million Canadian clients. The hacker attacked specifically the customer’s private financial information.

According to the official statement from the company itself, they suffered 2 diffe3nret attacks; one of which occurred on March 22nd and the other on March 22nd earlier this year. As for the time when these breaches were discovered it was not until 19th of July, 2019.

According to the report of media group Bloomberg, a woman has been accused and thus arrested for allegedly hacking the server of Capital One from an unnamed company for cloud computing.

The thing to mention here is that despite the financial data being encrypted by the company, the hacker was still able to successfully decrypt it.

According to the information received, the hacker in question accessed the following information of the users.

Some victims of this data breach were hit harder than the others as nearly 14000 Social Security Numbers were also accessed by the hacker in addition to 80000 lined bank account numbers.

Richard D. Fairbank, the CEO of Capital One is not pleased as he said in a statement from the company,

“While I am grateful that the perpetrator has been caught, I am deeply sorry for what has happened. I sincerely apologize for the understandable worry this incident must be causing those affected and I am committed to making it right.”

In the meantime, to rectify this major problem, the company plans to inform the customers who are affected by this breach via different channels along with offering the free of cost credit monitoring. 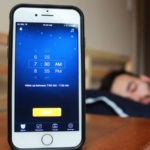 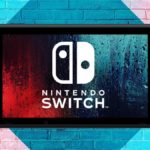