All of us hear often as how special a mother’s love is for her children and we often forget that there is a dad too how loves his child equally the most. Dads carry lots of burden on their shoulders that they are actually like Superman in disguise. This is the story of one such father named Abdullah Muhammad from Syria who came up with an idea to save his little daughter of 4 years of age for saving her from the terror that is war.

As the bombs continue to drop all across Aleppo, Abdullah Muhammad invented a little game along with his daughter named Salwa. This game does not involve any toys and it is really a heartbreaking one. Every time the pair hears the sound of a bomb exploding nearby, they start to laugh as hard as they can. This brief moment of happiness fills the room but the brutal reality, which is the Syrian war, remains outside. The reality is so dark to face but this dad is trying his best to silence these bombs and the reason behind them.

You can see the video of this father-daughter duo playing their little game below. The video was posted by a Syrian conflict reporter named Ali Mustafa, who also told media about the horrific conditions in the region.

Each time a bomb explodes near their home, Abdullah Muhammad and his daughter Salwa do not get scared.

This is the heartbreaking video of the game invented by this father-daughter duo that shows the real brutality of the war and has touched millions of hearts.

what a sad world,

To distract 4-year old Selva, her father Abdullah has made up a game.

Each time a bomb drops in Idlib #Syria, they laugh, so she doesn’t get scared.

Ali Mustafa, the reporter in Syria who posted this video said, “I heard about Abdullah and Salwa’s story first time from a Syrian friend of mine about a video that was passing on Whatsapp.”

Mustafa has been reporting from Idlib for the last 8 years, “I have been covering the Syrian conflict since 2012 and I can tell one thing with surety that there is no escape for the people that are stuck in Adlib. They are the internally displaced Syrian people who have already fled for the past 3 to 4 times. The space for their refuge is shrinking as the regime is taking over more and more territory each day.”

The heartbreaking fact here is that the children suffer the most from this whole thing. Mustafa says, “Syrian children are perhaps the most traumatized of all the children in the conflicts across the globe. They have not only suffered displacement but also indiscriminate bombings as well as being witnesses of killings on a scale that is unimaginable.” 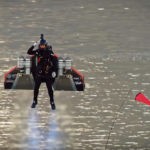 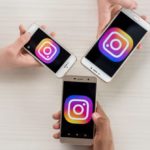