We know the talent is out there. We want to showcase the best teenage invention that amazed us. So here is the list.

For several years now, Inhabitat has been covering the efforts of  CEO Boyan Slat of the Netherlands, who at 19 years old invented an Ocean Cleanup Array, and we’re continually impressed by his persistence. The Ocean Cleanup recently completed their first aerial reconnaissance mission of the Great Pacific Garbage Patch. The results weren’t pretty – 1,000 large plastic pieces spotted in two hours – but there’s still hope to clean up the mess we’ve made. The Ocean Cleanup won the Katerva Award in 2016, and feasibility studies indicate one 63-mile array could “remove 42 percent of the Great Pacific garbage patch in only 10 years.”

Garden-loving teenagers Ciara Judge, Émer Hickey, and Sophie Healy-Thow of Ireland won the Google Science Fair 2014 with their Combating the Global Food Crisis project. The 16-year-olds paired a bacteriaoften found in symbiotic relationships with legumes with crops it doesn’t typically associate with, namely oats and barley. Crops that tested their unique pairing were wildly successful, germinating in about half the time and producing a 74 percent greater drymass yield. Increasing crop yields is vital as the global population grows, and discoveries like this one could greatly impact the way we combat food poverty.

12-year-old Shubham Banerjee of California utilized a Lego Mindstorms EV3 kit and about $5 of hardware from Home Depot to design an innovative Braille printer, the Braigo v1.0, that cost way less than similar devices. Around 285 million people are visually impaired worldwide, according to World Health Organization data, but as Braille printers cost over $2,000 when Banerjee invented his device, his disruptive technology held the potential to change how the blind communicate. He went on to start a company, Braigo Labs, and about three years later, has released an app and web platform and continues to develop his groundbreaking printer (and he’s still in high school.)

Millions of people around the world live without electricity or clean water, and 17-year-old Cynthia Sin Nga Lam of Australia decided to tackle both issues at once with her portable H2Pro device. The H2Pro unit harnesses photocatalysis or using light to speed up a chemical reaction, to sterilize water. As a side bonus, the process also yields hydrogen, which Lam said could be used to produce electricity.

Sunscreen and pencils might not be the first two items you’d go to for answers to clean up pollution, but 16-year-old Samuel Burrow of England utilized two ingredients found in those common items to create a “paint-like coating” that has the power to break down pollutants with the help of light. He mixed titanium dioxide with graphene oxide for a concoction with not one, but several applications, in addition to a surface paint. As a sponge, Burrow’s mixture can purify water, and when combined with sand, it has the potential to filter heavy metals out of water. Just imagine how clean the world could be if all buildings were painted with Burrow’s marvelous mix.

Ice skating outdoors always got his ears cold. In the year 1873, he made a two-loop wire and asked his grandmother to sew some tufts of fur between the loops in such a way, that when he puts it on, his ears remain covered and protected by the cold weather of Maine. Soon after, Chester Greenwood made a better version of the first experiment and today, the world wears it.

17 year old made The Hot Seat

Alissa Chavez’s 17-year-old mother ran a home childcare business and she has been around children since she herself was a 2-year-old. Alissa feels immensely strongly for kids and so, when reports of kids dying due to being left unattended in cars became rampant, she knew something had to be done about it.

Hearing about the deaths of 3 kids one summer in her own state of New Mexico, she came up with the idea of a device called ‘Hot Seat’. This boon of an invention is basically an alarm system for car seats. The device sets off three alarms. One on the security key lock, the other on the phone app, and the last one is the car alarm. The motive is to alert the parents in case the unfortunate arises and they forget their kid in the car.

Jack Andraka created waves across the scientific community when he managed to create a device that could possibly detect pancreatic cancer. The wonder kid won the Intel International Science Fair and was awarded 100,000 dollars in prize money for helping detect a disease that is detected late nearly 85 percent of the time.

This invention has the potential to change the life of every mobile phone user in the world. Eesha Khare, an 18-year-old high school student won the 50,000 dollar prize at the International Science Fair in 2013 for creating a device that could charge your phone in 20 to 30 seconds. The device can also last about 10,000 charge cycles as against the normal life span of 1,000 cycles in regular chargers. 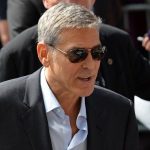