April is here and we all know that everyone is trying their best with April Fools jokes. Not even the major tech companies are far behind in this race of lying from their teeth just for a little comedic time. April Fools’ Day always brings out the worst of the major tech giants and the year 2019 was also no different in this regard.

Below is the list of April Fools’ Day jokes from the tech companies.

This year Google and its affiliated companies won the April Fools’ Day with their sheer numbers. Google Company came up with different products with each having its own individual announcement.

One of these products includes a video which presents the latest “Screen Cleaner” feature for mobile File app. You can think of this feature as a windshield for your mobile device but just a fake one.

In addition to that, Google also introduced a joke of a service named “Google Tulip”. The idea behind it is that it would allow the Google Home Device to speak with flowers now.

Amazon runs a famed audiobook service by the name “Audible” and this is with what they actually went for with the April Fools’ Day. They introduced an audiobook service named “Audible for Fish”. This service is exactly what it sounds like, an audiobook for aquatic life who actually care little to none about these audiobooks.

To make it more hilarious, the audiobook has a runtime of 32 seconds.

Spotify offers a weekly service by the name of ‘Discover Weekly” which lets users have a playlist with music they would love to listen rather than selecting on their own.

For the April Fools’ Day joke, Spotify made a “Discover Weekly” playlist with all disco Covers but for non-disco songs.

As for Microsoft, they went in a totally different direction for 2019. They actually dished out a memo to all of their Microsoft employees in the last week where they asked them to not make any public facing April Fools’ joke for 2019. The reason is that the company thinks that many people out there might think the harmless jest quite seriously.

The memo, which was written by the marketing executive, Chris Caposella, states as follows,

“I appreciate that people may have devoted time and resources to these activities, but I believe we have more to lose than gain by attempting to be funny on this one day.”

Tyrion Lannister From GoT has a lookalike in Pakistan

Randall McDougal, the hero truck driver took the burning truck to a remote location where it exploded and killed him 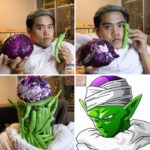 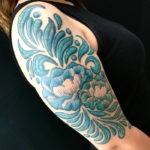