While the PlayStation 4 will be entering its 8th and the final year this does not mean that you cannot enjoy the new PlayStation 4 this winter season. After all, there are still some of the most amazing games from the last decade that are remastered and are still worth paling all over again with a bunch of new titles released this year.

Next year will be quite an interesting one for Sony as they will be making many remake versions of the older game titles as well as releasing many new ones. But if you are someone who is using the PlayStation 4 for the first time then you might want some games to play on your new PlayStation 4. This is why we have come up with a list of best games for playing on PlayStation 4.

The first recommendation on our list of the best game for playing on PlayStation 4 is the Bloodborne. Whether it is this year, last year or any coming year, this marvel of a game by FromSoftware will be the number one recommendation. There is simply no getting around this fact as it is simply that good.

While the game came out only in 2015, this PlayStation 4 exclusive game is built on the same formula as the other top games like Demon Souls and Dark Souls. If you are looking for a game with elements of action, adventure, and an RPG style game, the Bloodborne is your best bet.

The next on the list for the best games for playing on PlayStation 4 is titled death Stranding; the game that has been created y Hideo Kojima, the creator o Metal Gear Solid. The game has been praised by both players and critics for its intricate storyline in which you have to travel with a baby inside an orange tube is simply a fresh does of action and thriller.

Still, its many courier missions allowed for it to be compared by fans to a post office employee or a delivery person but all of it happening in a post-apocalyptic era.

Control is the game that emerged in 2019 as the game of the year material made by Remedy Entertainment. The game was released in August and the critics heaped it with praises for its spooky atmosphere and its dark visuals along with the stunning environmental design and the spooky storyline.

The game features a player in a character that has to encounter violent supernatural forces in a clandestine government agency. If all of this was not enough, creators gave the game some sickness shattering physics rules and stunning graphics.

None of the Star Wars fans were expecting a release of a gem like Star Wars; Fallen Order in 2019 ever since Electronics Art got the rights to create games on the George Lucas’s science fiction universe and created a bunch of single-player games that have long since vanished.

But then the world got stunned by this new Star Wars game created by Respawn Entertainment, the same creators behind Apex Legends and Titanfall. The game is a compilation of many action/adventure games as it borrows bits of the piece from games like Dark Souls and God of War but in the Star Wars fashion.

The FromSoftware title “Sekiro: Shadows Die Twice has bee true to its hype and even some more as it is on par with the renowned games like Bloodborne and Dark Souls. The difference in this game is that it adds the combat with exploration to grab the focus of players as well as introduces a parrying system that pouts the battle on tug war-like situations where players clash their blades until one of the opponents is worn down and finishing blow is delivered.

Before Sekiro came, Nioh was there and samurai game that was inspired by its creation from Dark Souls that is set in Japan. Still, Nioh takes the impressive route as it adds magic along with demons in insanely difficult gameplay that has made it one of the hardest RPG games of its genre.

The game is made by an iconic game creator studio Team Ninja which has created marvels like Ninja Gaiden and Dead or Alive. The sequel of Nioh is coming out next year so it is best to play this first version before moving on to another gripping game storyline.

The game titled ‘The Witcher 3: Wild Hunt’ is considered to be amongst best games for playing on PlayStation 4 in the RPG class open-world games of this decade. The game is gigantic in its storyline and is written well and immersive.

The game has led to creating a legion of its own fans that have devoured through its every literature piece like backstory detail and books. This is the game that with its popularity allowed for its creators the Projekt red to start on their next big project “Cyberpunk 2077”.

Tetris Effect is the kind of an amazing game that you never knew that you have to play until you sat down and started playing it. The game is the reimagined version of its classic version made by the renowned Japanese designer named Tetsuya Mizuguchi.

The game is really amazing like in one stage player is moving slowly as waves crash in the background under an electronic down-tempo music. Whereas in another level you are hand dropping these flaming tetrominoes in thumping manner under high tension and High BPM music.

Until Dawn is a game that covers the tropes of horror movies but in a unique new fashion. The only title to come close to this game is Quantic Dream made by David Cage.

The game lets the player have the freedom to experiment with every character and their relationship with other characters. This makes the storyline unique every time based on the effects of the choices made each time with each character.

The Last of Us Remastered 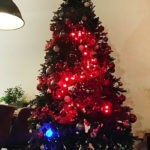 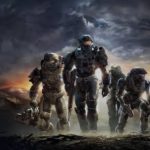