Even If you are building yourself a new gaming PC or a new gaming laptop or have been just gifted one, we still have tons of cool gaming suggestions for you to have the maximum gaming experience. There is no need to buy a high tech and pricey gaming PC because a cheap gaming pc will also be enough to play most of the games on our list of the best games for a gaming PC or a gaming laptop.

A gamer does not need a gaming console to enjoy playing the console games because many of the game developers have launched the versions for the gaming PC and gaming laptop as well. And if a gamer runs into trouble, there are some easy fixes to tackle those problems.

Well without any further ado, we present to our gamer readers, some of the best games for a gaming PC and gaming laptops.

If you are a gamer who likes to play first-person shooting games that tends to mix the elements like impressive mobility with responsive controls and the sci-fi storyline like that of Halo. The game is now not only available for gaming consoles but gamers can now also enjoy it over the gaming PC and gaming laptop via Steam.

Next up on our list of best games for a gaming PC and gaming laptop is Hades which is presented by the developers of the game like Bastion, Pyre and Transistor; the Supergiant. The dream of every gamer comes true to play this game on gaming pc or gaming laptop via its Early Access on Steam. While the game will be still incomplete, a gamer will have a time of their life playing this rogue-like storyline game which is riddled with item drops, encounters with numerous enemies and difficulty levels.

The writing of the game is deep to keep a gamer intrigued and focused for a long time and is much like The Binding of Isaac. The game is still only available to play on gaming PC and gaming laptops but will soon make its way to the consoles as well.

The sequel to Rockstar’s Red Dead Redemption has been on the consoles since 2018 but recently the PC gamers can now also enjoy it on their gaming PC and gaming laptops. Even the few bugs for the PC versions have been fixed for some months and make it a fun game.

The Red Dead Redemption is not the game like the Grand Theft Auto or the Red Dead franchise’s other games as it is a slow-paced adventure game that takes the sweet time to get rolling. The gameplay in fun to keep the game intrigued and when the storyline campaign is finished, the gamer can then enter the Online component of this game.

Remnant: From the Ashes

The core of the Remnant: From the Ashes is to loot and lots of it. But the game is much more than a loot shooter as the tile is similar to that of a squad co-op that is set in a fantasy universe. Every new gamer to dive into this game should be are that this game is known to be really difficult. But if you are with your other gamer friends then the gameplay can be fun. For a gamer who loves titles like Destiny 2 and Borderlands 3, then give this game a try too.

If you are a gamer who wants to take things slowly at a PC game with a theme of first-person adventure that will allow you to travel through space but does not like to shoot at things, then Outer Wilds is worth giving a shot to. Still, this game should not be complicated to be called a walking simulator. The game is going to deceive the gamer with its simplistic look as well as with its first half an hour gameplay.

After a short while, every gamer will be hooked to this game to discover the secrets of this universe.

Making a list of the best games for gaming PC and gaming laptops is really difficult but one game that will make it every time on that list is Hunt: Showdown. The game will be fun for the gamer who has already played shooter games like PUBG and Fortnite. The game will put a gamer with their friends and other random players in a dangerously designed map which will be filled with all kinds of monsters that are looking to kill you.

The game has the Player VS Player mode along with the Player VS Enemy in which the gamer needs to dispose of any baddies on the map efficiently for scoring the highest experience points and make it away with the loot.

Disco Elysium is the PC game that is made for gamers that want to enjoy the freedom of choice to see the impacts of their actions on this game’s world. This PC exclusive version is a new take on the RPG genre. The game features the stirring storyline that is filled with conventional paths as well as any memorable characters. Coupled with the intricate systems of the game, a gamer will have a personalized experience along with rewards after multiple breakthroughs.

Two things that every gamer should note about this new Halo revival is that only the title Halo: Reach is currently available to play while the other will make it on gaming PC in 2020. The second thing to note here is that if you cannot buy the entire Halo PC pack, then you can still play the Halo: Reach with the subscription of the Xbox Game Pass for PC. 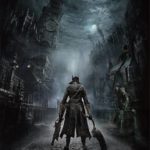 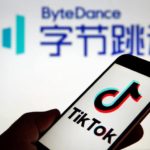