iFinex Inc. which is the company behind the 2 cryptocurrency exchanges named Bitfinex and the stablecoin Tether has been accused of a massive cover-up where they hid a loss of nearly 850 million dollars form the funds of their customers.

According to alleged accuses from the attorney general office, the Tether company is not backed by one to one by the US dollar as the company’s stated in an announcement last year while Bitfinex is not able to cover for their customers’ withdrawals.

The news is particularly a big deal because according to the notes of the Wall Street Journal, nearly 80% of the cryptocurrency trades are being made through Tether. So if the alleged accuses claim that this stablecoin company is actually not worth a dime in regards to US dollar, the markets are going to go in an economic uproar.

Leticia James, the Attorney General that has accused the Bitfinex and tether says in  an announcement, “Our investigation has determined that the operators of the ‘Bitfinex’ trading platform, who also control the ‘tether’ virtual currency, have engaged in a cover-up to hide the apparent loss of $850 million dollars of co-mingled client and corporate funds.”

The news becomes even more troubling as Bitfinex has been involved in siphoning off hundreds of millions of dollars from the reserves of Tether.

The press release from attorney general claims that Bitfinex has authorized itself to have the access of nearly 900 million dollars from the cash reserve of Tether which the Tether official told their investors that they have fully backed up in their Tether virtual currency 1-to-1.  According to the filings from Bitfinex, they have already taken a sum of nearly 700 million dollars from reserves of Tether.

The allegation about Tether not being 1-to-1 with US dollars have been circling as rumors for a long time due to the company not conducting an audit. With this press release of the attorney general, Tether is now involved in alleged fraud.

Under the light of these accusations, courts have ordered Bitfinex to stop their access to the Tether cash reserves in order to meet the customer withdraws. If Bitfinex had been relying on those cash reserves as the allegations claim, then the investors in Bitfinex are going to find themselves in quite a pickle.

A Slack channel gives away $1,000 prize for guessing the right word 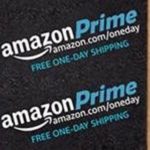 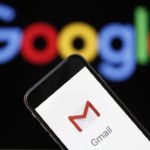