Nature is a very powerful force which we humans often take lightly off. However, nature does not let us off easy and often reminds us as to how scary and terrifying it can really be.

One such reminder of nature was captured on video recordings earlier this week.

Drivers who were traveling down the Colorado highway had a close call with the terrifying Mother Nature after an avalanche suddenly ripped down from the side of a mount ion right in front of them.

The said avalanche moved down from the Ten Mile Canyon which is located in between the Frisco and Copper Mountain on Sunday afternoon.

Several of the drivers on that particular road captured the video of the incident as snow started piling down toward the road.

Another driver by the name of Brandon Ciullo posted a video of the hazy aftermath caused by the disaster that ultimately brought the traffic to a complete halt.

According to Tim Schaefer; Colorado State Patrol Trooper, in the result of this avalanche no injuries occurred neither were any cars buried in the snow.

Tim told media that, “It was more than a dusting of snow. There was also tree debris on the road.”

The highways had to be closed on until the emergency services worked through the day to clear the road from the debris of snow. The road was reopened for traffic by the nightfall.

Until Monday morning, an avalanche warning was issued by the Colorado Avalanche Information Center. 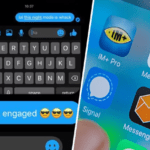 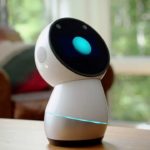