With Samsung launching their Galaxy Fold Up in the past few days, the attention of the tech fans is now towards the upcoming flagship product of Samsung that is the “Galaxy Note 10” which is expected to hit the markets sometime near the end of this summer.

Below are few of the things that are currently known about the Samsung Galaxy Note 10 right now.

In the past few years, Samsung has been only launching one of the versions for its Galaxy Note series. However, this year for Note 10, Samsung plans to launch more models.

Back in April, there was news that Samsung might launch different versions for its upcoming Note 10. While these rumors are still circulating, some reliable sources have revealed that at least two versions of Note 10 will be launched which will be Galaxy Note 10 and Galaxy Note 10 Pro.

Both of these versions will look identical which means that they will have the same glass as well as metal design along with S-Pen support. The difference in them will be of their details.

Note 10…Minus the Headphone Jack:-

Samsung, which has been holding back on the trend of Apple as well as Google for removing the 3.5 mm in length of a headphone jack, Samsung has also decided to give in to it as they also now remove the headphone jack from Note 10.

While there is no port for a headphone in Note 10, the entire Galaxy S10 series will still have the headphone jack. One possibility of Samsung removing the jack is to give space for a large battery along with 5G and a periscope camera system. Undoubtedly, these features require more space.

While Samsung is not the only company to present hole-punch in their smartphones, they did make them popular with their Galaxy S10 smartphones.

Each of the Galaxy Note smartphones has come with larger display screens but as it happens to be, the Note 10 might be on a whole another level.

The Note 10 is expected to have a small screen display of 6.3 inches while Note 10 Pro will have 6.75 inches of display screen which is the largest for any Note smartphone.

The display, as it always has been, is going to spill over both the left and right side to make a curve along the metal rail. According to one rumor, the Chin Bezel of Note 10 is going to be 4.1 mm which is the thinnest out of any other Note mobile.

Samsung seems to be in love with cameras which is seen in all of their Galaxy S10 smartphones. The S10e comes with 2 rear cameras one of which is the main camera while the other one is an ultra wide camera. The S10+ comes with 3 cameras which are as follows.

Now according to leaks, Note 10 will have the same 3 cameras as the S10+ while the Note 10 Pro is most likely to have the same 4 cameras like the S10 5G. however, these cameras, instead of being aligned horizontally will be arranged vertically; similar to the smartphones such as the Huawei P30 Pro and iPhone XS/XS Max.

As for the resolution of the cameras, it has still not been revealed with the assumption being the cameras having the following resolutions.

Without any doubt, Bixby button has been the most hated feature in the Galaxy smartphones whether they are Note or S series devices. Users have been wishing that Samsung might remove this button and this w9ish seems to be fulfilled with Note 10.

While the Note 10 is rumored to still have the Bixby Button, Note 10 Pro might not have it.

Every Samsung Galaxy Note smartphone is expected to come with beefed up specs and same is the case for the Note 10. According to a leak the Note 10 will have following specs.

With the Note 10 not having the headphone jack, it gives speculation that it might also come with larger storage space as well as a microSD slot.

Last but not least, leaks also present the info that the Note 10 will most probably run of the Android 9 Pie which will be running with Samsung’s very own revamped One UI customization. 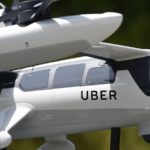 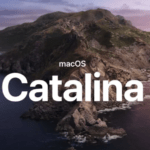