Just ahead of the upcoming VidCon, Facebook presents its string of new monetization options such as the paid groups, options for ad placements as well as packs of stars which viewers can purchase for sending as tips in-between live streams.

Facebook has been trying to attract towards its platform more and more users from other platforms like YouTube and Patreon with their new monetization features such as the Fan Subscriptions, this feature is the digital tip jar for 4.99 dollars per month that allows fans to get exclusive content. This digital tip jar has been opened up for many content creators this year. As for the above stated new features announced just recently, Facebook is allowing the content creators to have more ways to make money from Facebook as well as customize the experience of the fans when they visit their pages.

In addition to that, Facebook is also making updates for a lot of backend tools in order to make the profiles bit easier along with the management of pages easier as well. The recent change in that regard is the ‘Brands Collab Manager’ that allows the creators to have improved management of the audience engagement and also have better ad targeting. As for the ‘Creator Studio’ which is a dashboard solely for admins to help them keep track of their page’s metric, is also getting an update along with ‘Monetization Overview’ that shows admins their earnings from their Facebook, IGTV and Instagram pages.

Facebook is also in testing stages for “Stars” a new feature for tipping during the gaming live streams. This feature is now being pushed towards the small group of video content creators as well. Viewers will be able to buy a pack of 100 stars for a sum of 1.40 dollars while the streamers will be able to get 1 cent off of each Star received during their live streams.

How to locate the downloaded music inside the Spotify 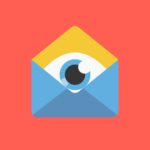 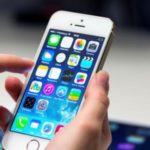