While there might be few people out there who still download their music from Spotify. The reason is it is simply handy to have some good music stored in your phone like listening to it without needing to buy it on the Flight Wi-Fi or when during the commute to work or simply when the LTE and Wi-Fi signals seem to be interrupted from underground problems.

However, with the latest updates of Spotify which for Android is version 8.5.9.737 and for iOS is the version 8.5.7.601; it is becoming a lot difficult to locate the downloaded songs for premium users.

The section of the app “Your Library” is now not only in a different look but it also does not have the section ‘Songs”. All that is left are the sections like Playlists, Albums, and the artists.

As for the downloaded songs, they are still there; they have only been moved around a little bit.

Today for our readers, we present to you a few steps on how to locate the downloaded music inside the Spotify app.

How to locate the downloaded music inside the Spotify:-

These steps are all the same for both Android and the iOS versions of the Spotify. 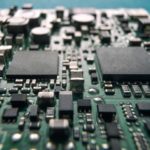