The word “Father” is a very important part of a person’s whole life. Father is the one person in the world that might seem strict on the outside but actually has a deep love and affection for his children. He is the one who goes out there in the world and fights hard to earn the bread and butter for his kids.

No matter what trouble comes, as long as your father is around you don’t feel worried because that’s the beauty of this powerful relation known as a father that you believe will make all your problems go away.

With all that said, some fathers can be actually very cool as they like to build a relationship of a friend with their children. On the other hand, there are some fathers who tend to be pranksters for their kids or as we like to call these fathers; Prankster Dads.

These prankster dads are bunch of dads who just love to embarrass and trick their children in the most unimaginative ways, Ike one father embarrassing her daughter’s dance routine on her live social media feed or this other dad who just scares the life out of his kid and his friends at a sleepover when he burst opens into room with a chainsaw while wearing a freaky mask. Yeah dad, you probably have scarred the kid for life.

Or what about this other dad who has ticked his 3 years old kid that he has somehow gotten his nose and will only give him back if he behaves nicely in future. Kudos to this dad’s way of teaching his kid, on how to behave nicely.

These and many other dads who have either embarrassed or tricked their kids are presented to you by us in this video down below.

Watch the video down below. Be ready to be bursting out in sudden laughter at some of these dad pranks.

Amazing photos that seem fake at first glance but are real 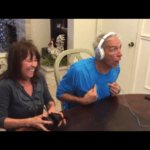 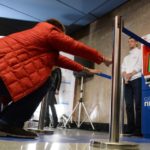