Pollution from plastic and the trash floating in the resources of water has been an ever-growing global concern and a safety hazard for people. Not only that human are affected by it but wildlife mainly the aquatic wildlife is also being severely affected by it.

Luckily for these kinds of situations, the simplest and the inventive solutions can prove to be effective. For example, the City of Kwinana in Australia has been heard by the people of the world for their ingenious way of stopping the pollution and we definitely agree with their approach to this global problem.

In March of 2018, the City of Kwinana took and initiative and installed two drainage nets in their water reserve named Henley Reserve.

The nets along with manufacturing costs, installation costs and civil works cost amounted to a bill of about 200,000 dollars for the city officials.

However, all this money spent was well worth it. Why? Because after the installation and in just a period of 4 months these nets were able to collect around a trash of weighing almost 370 kilograms.

According to Mayor Carol Adams of the city, the local community of the city has been always concerned about the environmental initiatives.

The city is also planning to install two additional drainage nets in the coming year. According to city officials, this is one of the most cost-effective and efficient ways to keep the waters trash free. If only in four months nearly 400 kg of trash can be collected then how much will these nets collect in a year o a two? Hopefully, other cities of the world with the ever growing concern of trash floating in waters will follow this initiative to clean their city.

Johan Huibers; a Dutchman built the Noah’s Ark replica for 1.6 million dollars and the interior details of it are stunning

Hilarious yet Genius Parenting Hacks Ever 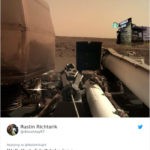 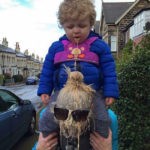