Apple wants every user of the iPhone 5 to know that they need to hurry up and update the iOS on their iPhone 5. The reason is that if they do not update the iPhone 5 to the latest iOS than they are going to lose a variety of features for the iPhone and it will be nothing more than a paperweight.

This urgency to update the iOS is due to the GP{S rollover issue that affected the Apple devices back in April and Apple had to release a patch in July with the iOS 10.3.4. apple was not the only company to have faced this GPS rollover issue on its devices as many other devices that use the GPS feature, were affected by this very same issue.

The very first GPS system recorded the week as the 10-digit number and rolled over after every 1024 weeks (20 years). This issue is as much problematic as the notorious Y2K bug. The very first rollover occurred back in August of 1999 before the smartphone with GPS abilities were a thing.  However, the problem in April affected the GPS system and caused various issues with the iPhones.

The issue which occurred in April and the patch was released in July, Apple at that time released a statement that the rollover issue won’t be affecting the older devices until 3rd November.

What problems will be fixed with the iOS update?

As per the statement of Apple, the update of iOS is going to maintain the accurate location for GPS and also allow other functions to work which particularly rely on the correct time and date such as the following.

In simple words, if a user does not update their iOS to 10.3.4 soon, then soon all these features are not going to work at all. The only solution then would be to update the iOS through a computer connection. Other devices that might be affected with this GPS rollover issue are

Still, only a small percentage of Apple and especially iPhone users are going to be affected by this problem. The reason is that only 9 percent FO the iPhone users use the iOS prior to IOS 12. Also Apple discontinued their iPhone 5 production back in September of 2013 and gave it the Vintage status back in November of 2018.

Microsoft wins the $10 billion JEDI cloud contract from the Pentagon 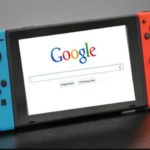 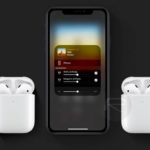