Sir Tim Berners-Lee, the British scientist who is credited with inventing the World Wide Web is lately not too happy about what is currently happening to the web.

Tim Berners-Lee, in an open letter released on Monday, one day before the 30th Birthday of WWW, outlined the main issue that is plaguing the web these days. He also stated that this problem needs to be fixed.

He wrote in the letter as follows,

Sources of Dysfunction by Berners-Lee:

In this letter, Berners-Lee has outlined three of the main sources of dysfunction that are currently plaguing the web these days which are as follows.

As for the solution of these three main problems, he has already outlined them one year ago after he launched his own Contact regarding the Web initiative. The Contract is backed by major companies like the following.

The Contract also outlines a set of principles to not only government but also to citizens and companies that they should commit themselves for free and affordable internet access as well as respects the privacy and the personal data of the consumers.

Berners-Lee belies that it is still not too late to fix the problem but we all need to act fast.

Lastly, he wrote in the letter,

“The fight for the web is one of the most important causes of our time. Today, half of the world is online. It is more urgent than ever to ensure the other half are not left behind offline, and that everyone contributes to a web that drives equality, opportunity, and creativity.” 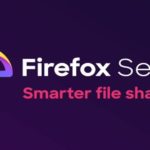