Uber is going to start another one of its safety measures by starting the audio-recording of its rides in the United States. This will not only be a safety measure for the passengers but also for the drivers. This news has been confirmed by the company itself. Uber has stated that they are going to test this new safety feature next month in Brazil and Mexico first. Based on the data accumulated from these regions, Uber will then make the decision of bringing this feature in the US.

How will the feature enable:-

But what is known is that neither the drivers nor the passengers will be notified of the time when the recording will start. Uber said that the driver and passenger will only receive a general warning when this feature is going to be available and also ask the people to allow the app permission for using the device’s microphone.

Options of the safety feature:-

Riders of Uber will have the option to turn in the recorded audio data to the customer support staff of the company when they need to report any safety issue. The recordings will be saved in case any user of the feature decides to report a particular incident.

All of these recordings are going to be encrypted and neither the rider nor the passenger will be able to access these audio files. Uber also stated that these recordings will be made available to the law enforcement authorities in any lawful case upon a request.

Issues with this Security measure:-

Like any other security feature, issues have been raised with this one as well like several of the US States prohibit the wiretapping to record audio of the people without their consent for a conversation. This issue tends to get more problematic when a car is full of many passengers and Uber says that they are working on this particular issue.

What prompted this new safety measure?

Due to these rampant security threats, Uber has installed safety features in its app like the one where a passenger can dial 911 from the Uber app directly. Then there is a feature that allows the riders to report a particular safety issue during their ride.

We do hope that this new feature is implemented soon enough to ensure the safety of both the riders and the passengers. 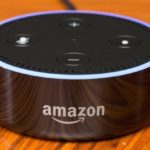 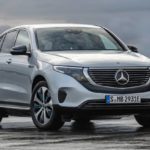