All around the globe there are millions of animal species living in the world. All of them reproduce in the same manner and give birth to normal offspring. While that may be a fact but there is still some anomalies that occur within animals during their birth just like deformities and mutation in humans.  We have gathered a list of such animals that have been born with bizarre mutations. The list is as follows.

A dog named Faith suffered from birth defect which hindered her developmental growth of the front legs. She was rejected by her mother, a homeless dog who also tried to kill her as Faith could not walk. 17 years old Reuben String fellow found Faith and gave her to his mother. Due to under development of front legs, these legs had to be amputated.

Although Faith was left with two legs, her owners properly trained and taught her as to how to sit, walk, hop and run. Today this bizarre looking dog actually walks like humans.

Rat snakes are usually black in color all over their body. Only exception is their head region which is white in color. However there was a rat snake named “We” that was also called albino rat snake because of its whole body color to be white. It also had two heads and individual male and female organs as well. The owner sold ‘We’ to St Louis World Aquarium for a price of 15000 dollars back in 1999. ‘We’ only survived by the age of eight.

There are several cases for mutated frogs appeared in the world but the Three Headed Frog named Froggy was a truly bizarre mutation among anomalies of nature. Froggy not only has three heads but also six legs as well. He was discovered by a student in a Green Umbrella Nursery back in 2004 in UK. Student thought that those three frogs were cuddling each other but on closer inspection he made this bizarre discovery.

School immediately captured and placed Froggy in tank but it had escaped by the next morning. Due to its escape it was not known whether he could properly use his three heads and all of his six legs or not. Experts made propositions that such mutation may be caused by parasites, pollution or simply by genetic mutation.

There is a white tiger in the world named Kenny. Kenny was rescued by Wildlife Reserve officials along with his brother who is a completely orange in color tiger back in 2000. Kenny not only has white fur but his face also has a massive deformity issue that prevents him to close his mouth and his brother Willie suffers from crossed eyes.

White tigers do not exist in nature and they can only b bred by breeding closely related tigers through generations after generations to trigger such mutations. Most of these white tigers are born with health issues and deformities that make their life exceptionally short. 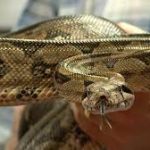 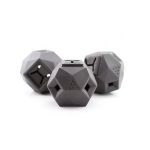