The use of the antibiotics in the beef for the beef burger that you ordered might have never crossed your mind. But you should consider it.

Last Thursday a report about the Top fast-food chains in the US such as for McDonald’s, Chipotle and Starbucks among many others came out about these restaurants having reduced use of antibiotics in their beef. When a person eats the beef of an animal that has been given the antibiotics, it affects the health severely and makes a person less resistant towards ailments.

The tops score as per this report was taken by Chipotle as they were regular making internal audits about the supply of their beef. As for the largest purchaser of the beef; McDonald’s, they got the grade C for their beef but it is still much better than their last year’s grade F.

Starbucks received the grade F as they did not even bother for filling the survey form for the 6 major environmental, public health and consumer organizations.

In order to prevent the livestock, which is bred for the meat, from contracting diseases, the meat producers often administer antibiotics to these healthy animals. This is done to allow this livestock to survive in the unsanitary and overcrowded farms.

As per the claims of the experts on Infectious Diseases, nearly 16000 Americans die alone form the infections that are antibiotic-resistant. This number is 4 times the number of deaths in shark attacks and car accidents combined.

the report states, “We, therefore, urge restaurant chains to require their suppliers to go beyond FDA’s minimum requirements and set comprehensive, time-bound policies restricting all routine antibiotic use, in order to make significant progress in curbing antibiotic resistance.”

The authors of the report send their survey forms to 25 Top Restaurants asking them about their use of antibiotics for their supplies of meat. Out of these 25, 21 were included on the scorecard as the other 4 do not serve products of beef.

The Mexican grill restaurant by the name Chipotle received the Grade A this year.  The reason for this Grade A is that they perform internal audits each year along with farm inspections on an annual basis. In addition to these inspections, Chipotle also makes their beef suppliers keep track of the amount of the antibiotics in the beef supply and then access this information in internal audit.

Panera got the Grade A- after the reported about their beef to be of the pasture-raised grass-fed and grass-finished livestock for 2019.

McDonald’s, which is the largest purchaser for the beef meat has made improvement from Grade F of last year to Grade C following their policy changes in December of 2018 that are under the guidelines of 2017 WHO on the use of antibiotics administered to livestock.

Although back in 2015, Subway made an announcement that they would be providing the beef of antibiotic-free livestock for the US-based restaurants until 2025, they have not made any real progress towards that goal.

However, this year, they have still made updates on their antibiotics policy following the guidelines of WHO.

Wendy’s made report that they are currently receiving 30% of their beef from the suppliers that have cut down tylosin, which is the medial antibiotic for livestock, by almost 20 percent.

In July of 2019, Taco Bell made an announcement that they are going to cut back on the beef with antibiotics in it by almost 25 percent by the time 2025.

None of the above-stated chains returned their surveys regarding antibiotic polices.

These restaurant chains only sent back the survey reporting the antibiotic polices for the meat other than beef like pork and chicken. 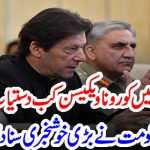 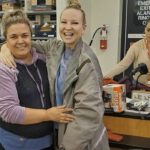