Motherhood is a special thing when a woman brings a new life into this world. After giving life to this new part of her life, she leaves behind her whole life and shows that one living being with all her love and devotion.

Just like a mother adores her child; to a child, his or her mother is also everything in this world. They can’t seem to sit still without seeing the face of their mother and running into her warm embrace.

Well, the same goes for our today’s video, but with a little twist.

The mother of the child in this video has actually a twin sister; nearly a complete and identical biological copy of her sister. Theses sisters tried to play a little game with their son and nephew. They stand close by each other.

First, the mother holds her child and as soon as the child turns her head he sees the face of his mom standing close to her. Seeing that he MIGHT have thought, “Who in the God’s name is holding me then?” Well, seeing his mom like the face he rushes towards her mom. However, when he again sees to his side he again sees his own mother and thinks the same thing in his mind before rushing towards her to hold her.

The women in the video seem to be enjoying this whole thing as they are laughing hard as they see the baby rushing from one of them to another’s arms. While it is a little torturous for the young soul, you guys will admit that it’s kind of hilarious to see a baby being confused.

Well, nothing more to say here. You have got to see this video on your own to see this funniest and cutest thing shared by these awesome people.

Watch the video down below and have a day full of laughter.

Baby Boy Eager To Blow Out The Cake Candles

Chicken VS Everyone; Chickens Win

The Trust Exercise; failed to tell him which way to fall 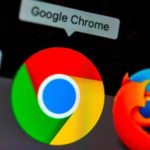 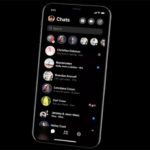