According to scientists, in the coming 400 years, all of the 400 glaciers that cover the 11 percent of the island-nation of Iceland are going to disappear. And in this reaction, the Okjökull glacier has been the first one that has now been declared as dead as a result of rapid climate change. For Ok, (short for Okjökull), people In Iceland also held the official funeral as well as placed a memorial plaque at the site where the former glacier was once. This plaque and this funeral ceremony are to send the world a message that the future is grave.

We are also concerned about the rapid climate changes that are altering the ecological system of the planet. We cannot ignore the tragic situation and thus have decided to share this story about the death of the Okjökull glacier to help raise the awareness about the dangers of climate change.

On August 18th, 2019, the very first funeral in the world was held for a glacier that melted away. The glacier named as Okjökull was a masterpiece form nature but it slowly melted away under the cruel effects of the menace that is global warming. 100 years back in time, this glacier-covered a surface area of nearly 15 kilometers but the size of this glacier now remains only 1 kilometer.

The people of Iceland were devastated by the loss of this glacier and they organized the public ceremony for drawing the attention of the whole world to the devastating effects of rapid climate change.

This funeral ceremony was completed on top of the Ok volcano which the glacier was covering, prior to its death. Now, this crater has converted into a lake which makes it the highest lake in the country. Nearly 100 people attended this one of a kind funeral ceremony. Even the prime minister of Iceland named Katrín Jakobsdóttir, along with scientists and the environmentalists that came from both USA and Iceland. Lastly, the former president of Ireland and the former Human Rights High Commissioner for United Nations’ Human Rights named Mary Robinson also attended this ceremony.

The whole delegation then unveiled the plaque which is to serve as the warning for the future generations. This message has been written in both English and Icelandic language by the Icelandic author named Andri Snaer Magnason.

The writing on this plaque reads as follows,

“A letter to the future. Ok is the first Icelandic glacier to lose its status as a glacier. In the next 200 years, all our glaciers are expected to follow the same path. The monument is to acknowledge that we know what is happening and what needs to be done. Only you know if we did it.”

As for the end of the plaque, it has the figure “415 ppm CO2”. This refers to the amount of the Carbon Dioxide that is the highest to be ever recorded in the Earth’s atmosphere as of May of 2019.

an anthropologist of the Rice University located in Houston named Cymene Howe said that the purpose of installing this monument is to draw the attention to the aftermaths that the world is going to suffer after all the glaciers disappear. 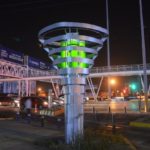 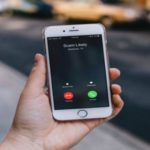