The organizing committee for the 2020 Tokyo Olympics collected enough of the unused gadgets to harvest the materials required to make the medals for the event. The designs of these medals have been revealed by the committee 1 year before the Olympic Games are going to start.

The name of the designer of these medals is Junichi Kawanishi who won the chance to design these medals from a competition that had draw entries of more than 400 people which included professional designers as well as design students.

The diameter for each of these medals is about 85mm with the thinnest part of them being about 7.7 mm and the thickest part to be of 12.1 mm. the gold medals are made by making use of more than 6 grams of gold that has been plated over pure silver. The silver medals have been made out of pure silver while the bronze medals have been made using a red-colored brass alloy that is 95% copper and 5% Zinc.

According to mandated regulations of the IOC, the design of every medal should have the Olympic games Iconic symbol of ‘5 rings’ along with the official name of the Games and lastly the ‘Greek Goddess of Victory’ Nike’s picture in front of the Panathenaic stadium.

The 2-year campaign for the collection of the donated electronic devices from the public was started by the Tokyo 2020 Organizing Committee back in April of 2017. During these 2 years, the committee gathered nearly 78,895 tons of these gadgets that are comprised of nearly 6.21 million mobile phones.

Driver rents a Tesla from Getaround and kills a pedestrian 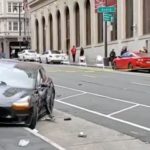 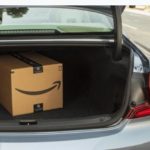