You might have all seen the footage of the 2 delivery guys mishandling a package but there are still some delivery guys that take their job really seriously band they try their best to deliver the stuff of owners in the perfect condition no matter what the weather is. Taking this into account, recent footage is making round on internet which features a UPS delivery guy that was recorded by a security camera as he deliveries a package on an icy driveway.

The video was uploaded by a man named Walt Gorczowski over YouTube and since then has been seen for about 2.5 million times and the count is still rising.

This delivery guy went above and over in his call of duty as he battles on an icy driveway to make the delivery.

Gorczowski describes this dedication from the UPS delivery guys as a job well done, he says, “I heard the sound of the UPS truck so I opened up my garage and asked him to leave the package on the sidewalk as I was trying to figure out a way to get it. But the delivery guy insisted on getting this package to me. That was above and beyond; this guy is awesome.”

As for the representative of the company, they said, “UPS delivery employees are known for their dedication in serving the customers. Sometimes, as you can see in the video, they get creative in making their deliveries under challenging circumstances.”

For holidays like Christmas and the New Year, UPS offers the service called Express Critical which works even on the Holidays.

Below is the video of the UPS delivery guy delivering the package to the owner in a creative yet amazing manner. 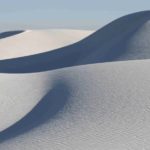 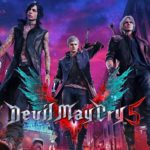