Last Friday the president of the United States of America, Donald J. Trump signed the 2020’s National Defense Authorization Act. In many other things on the act signing, the status of the monument from the White Sands National Monument was stripped and was given the title of National Park. The White Sands National Monument is a 275 square miles of the desert area that is filled with sand dunes of gypsum located in the Southern New Mexico area and now it has become the 62nd national park in America’s federal system.

The act states that establishment of the White Sands National park is done in order to protect, restore and preserve the White Sands’ scenic, educational, geological, historical, archeological, paleontological, scientific, hydrological, fish, recreational and wildlife values as well as to enhance the experiences of the visitors.

This re-designation of the White Sands as a national park comes after 1933 when the area was designated as the National monument for the preservation of the dune field, which is currently believed to be the biggest in the entire world. Back in 2018, the Senator Martin Heinrich of New Mexico introduced his bill for turning the designation of White Sands from monument to that of a National park.

Nearly 10 years ago a controversy was started due to a nearby missile range that was used by the American military of adding these desert sands to the list of World Heritage Sites.  In order to maintain that area as a military space, that very proposal was not approved.

Now after the area getting the status of National park, the military missile range is now being relocated and more area of the desert is going to get protected.

Tech companies with modest beginnings are now worth billions

MrBeast, with help of fans, Silicon Valley and other YouTubers, raises over $20 million for his tree charity 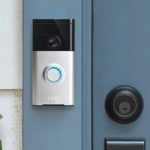 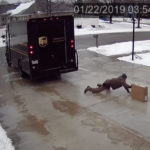