There is a new plan for the electric buses operating in London and it is that they will be playing artificial noises when they travel at low speeds. These specific sounds are being created for the buses are of ambient nature that will be soothing to the listening ears. This noise for electric buses has been created by a company named Zelig Sound which works with the Transport For London on this specific audio for the last 1 year.

This new ambient sound is being introduced following the new EU law which demands that all of the electric vehicles will be needed to produce the artificial noise when they travel at low speeds. These noises are to be played for making up for the lack of the noise that original generates from the vehicles’ internal engines. If a person does not hear the sound of the vehicle’s engine then they might not be aware of the vehicle’s presence. As per researchers, no sound producing cars are to likely cause more pedestrians to get hit by the hybrid or electric vehicles.

The sound is a base note of soft F#maj7 chord along with a light pulsating sound playing in the background. Below are the two sound samples of what these ambient sounds playing from the next year on electric vehicles are going to sound like.

This 2nd sound is for when the bus starts moving and is the chord joined up by a C sharp on every 3 beats for indicating motion.

As per EU regulation the electric vehicles will be needed to play the sound that has a volume of 56 decibels when the car is travelling at a speed of less than 20 kmph. Any faster than that; combined with the tires and the wind noise, will make for the lack of any engine noise.

While these new artificial ambient sounds are not to be fitted in older electric cars for until 2021, the transport authority of London is slowly introducing these sounds in new electric buses.

MrBeast, with help of fans, Silicon Valley and other YouTubers, raises over $20 million for his tree charity 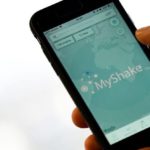