If you are someone who has bought a brand new android smartphone over the course of holidays then you might also like to play some really cool games on it too. Luckily or you, now there is a way to play some of the most amazing game titles on your smartphone with the Google Play pass which comes for a monthly subscription of 5 dollars as well as many subscription for app services. This will give gamers access to the hundreds of the game tile for absolutely free without dealing with the ads or the in-app purchasers.

We thoroughly took a look at the Google Play pass and it turned out to have some really good games on it.

For our readers today, we have rounded up some of the best games that are on the Goggle Play Pass to play on Android phones.

First up on the list is the famed game titled Cut The Rope and its 2 sequels titled as Cut the Rope 2 and Cut the Rope: Time Travel. These are some of the charming puzzle games based on physics that will let a gamer feed the candy to a cutesy little dinosaur by manipulation of the several contraptions.  The puzzles are really short but to achieve the 3 stars on each level makes things a little challenging.

Limbo is the game that is low but really spooky and it only takes a real gamer a few hours to play it though entirely.  But for those who have not played it before, find yourself a nice little place to sit and grab your headphones and be lost in the world that is Limbo.

We would not go as far as to call Limbo a really fun game but it is still going to be one of a kind experience for you that will be worth very second you play it.

Monument Valley and Monument Valley 2 are both the perspective-bending puzzle games from Ustwo but they are somehow really relaxing and engaging for being a puzzle game. Both of these games are really great as the levels are designed in both of them beautifully.

It will take only a few minutes to win a level. So whenever you are free; take out your phone and spend that free time competing one or two levels of it.

The Reigns game series introduces 3 games: reigns, Reigns: Her Majesty and Reigns: Game Of Thrones. All 3 of these games are available on the Goggle Play Pass and each of them offers gamer newer opportunities for ruling their own kingdom with Iron Thumb (Pun intended).

The favorite game for all the Android series finally arrived last year and it is guaranteed to be an additive game that can get you through the leisure hours. Playing the Stardew Valley, you will lose track of the time as yoyo tend to the crops, visit the farm and the animals and making new friends with each of the town’s people.

Star Wars season is still raging on and there is nothing better for celebrating this season by sinking hours into the new Star Wars game titled Star Wars: KOTOR which is renowned to be one of the best out there in the Star Wars gaming universe.

What will you become? A Jedi or a Hero? Or are you going to turn to the Dark Side and embrace the Sith within you? There is no doubt whatever the character you choose; the Force is strong with this one.

Terraria is the famed side-scrolling and action-adventure sandbox game. This game was first leased on PC back in the 2011 but even after 8 years, it is still getting updated each year. Now the game is available for smartphones as well but beware, the onscreen controls are a bit clunky. But they are not going to be a problem as you immerse yourself playing tens of hours crawling through the dungeons that are in Terraria.

There is no introduction needed here as Fortnite remains one of the best and popular games that are played worldwide by tens of millions of gamers. While the game is not available on Google Play Pass, one can still enjoy playing it through the app of Epic Games.

The touchscreen controls of this game are not the easiest to master but for those who are looking to make some drops off of the Battle Bus while being away from their PC, then these controls will suffice. 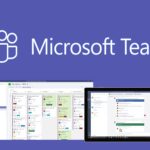