A week ago Google announced the news that they are going to add 2 new games on the Stadia Pro subscription, which is the subscription plan for letting its customers of the Stadia Cloud gaming service play a certain selection of the gaming tiles for one-minute monthly fee.

These games will remain attached to a user’s Stadia Pro subscription account as long as they keep paying the monthly subscription fee.

The news about these new gaming titles added to Stadia Pro subscription was not first reported by Google, instead of by media sources. The news was officially made available by Google on January 28th.

Are you prepared to be scared? Creepy puzzle adventure, GYLT, and survival horror shooter, Metro Exodus, join the Stadia Pro lineup. Log-in & redeem them at no additional charge on Feb 1, only with Stadia Pro.

The monthly subscription fee for the Stadia Pro subscription is about 10 dollars per month. Apart from the games that have been mentioned above, subscribers can also have access to free copies of the games like Farming Simulator 19: Platinum Edition, Thumper and Destiny 2. These games are available for playing via streaming on the Google Stadia for now.

As for those Stadia Pro subscription users who still wish to play the game titles Rise of the Tomb Raider: 20 Year Celebration and Samurai Showdown, after they are not available on their Stadia Pro account, they can buy these 2 games at their full price on the Stadia Store. 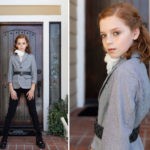 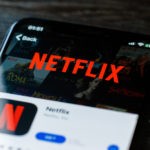