MSI has made claims that this is the first machine in the market that is compatible with the 5-G desktop and also presents the Gaming Dial, which is a small display on the PC’s front that can allow a gamer to control their monitor and system at the same time.

The market of PC gaming is no stranger when it comes to getting inspiration from the sci-fi related cultures but MSI took the MSI’s MEG Aegis Ti5 to a whole another level. The best part of the MSI’s MEG Aegis Ti5 is that it is elevated from the ground level and is probably designed in this way to offer an improved airflow. The enthusiasts of PC gaming normally tend to buy components of a gaming system separately to build a PC gaming machine themselves rather than buying these types of pre-built gaming systems.

The advantage of the MSI’s MEG Aegis Ti5 is that a gamer can get experimental with MSI. Without having a connector of the industry standard, it would be a difficult task for the third part manufacturer of a PC case to install a feature like Gaming Dial but MSI can do this with their MSI’s MEG Aegis Ti5. This is because this gaming dial can control everything from PC’s case to the motherboard.

While the specs for the MSI’s MEG Aegis Ti5 are still not final, MSI said that enthusiasts can expect the following specs.

As for the custom chassis of the MSI’s MEG Aegis Ti5, it is really a high-end component along with what is inside this PC. As per a representative of MSI, the new MSI’s MEG Aegis Ti5 could cost about 4000 dollars a pop and might be released in the 3rd quarter of 2020. 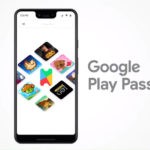