Has it ever happened to you that you are just sitting enjoying a movie or are in the middle of the meeting and suddenly your phone ahs interrupted you? Well, we will be on the safe side when we say that it can happen a lot. This is why most phones have the Do Not Disturb settings in them. This setting allows for the incoming calls to not get in the way of a concentrating activity for temporary measures.

Still, there are times when you do not want to hear the ringing of your phone but also do not want to miss the class from your child, your spouse, or anyone else for that matter.

Now you will not be missing on any of these calls as we present a how-to guide for making exceptions for iPhone’s Do Not Disturb mode.

Getting calls from the group:-

Ever since the iOS 12, it has been easier to make exceptions for a user’s group of contacts on their settings screen of Do Not Disturb mode. In order to add the group for exceptions, follow the following steps.

Getting calls from individual contacts:-

There is also a method to make the Do Not Disturb mode exception for an individual contact that the user wants to hear from. This exception can be made even if that particular contact is not in the user’s Favorite List. In order to make the exception on person to person basis, follow the following steps. 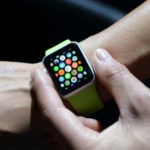