It has been already halfway through the year 2019 and there has been a wide range of new inventive apps that have surfaced on the app stores of both iOS and Android that have proven to be really great.

Today we decided to let our readers be known to the best apps so far in 2019 as we present hem in the following list. So sit back and have a read of these new amazing apps.

While the app has just been launched but is the latest game from the creators of the Pokémon Go, this app has proven itself to be one of the very best this year. The thing that makes this game so amazing is that it takes the very same essence and working as the Pokémon Go but by bringing the user in the world of one of their most favorite movie and novel franchises.

The game is currently free for download on both iOS and Android.

In times when there seems to be a new privacy violation all the time, Jumbo comes to provide the users with a sense of privacy. Jumbo lets the users adjust their privacy settings by locking down all of their important accounts. With the app, users can find some of the most vital but hard to find privacy settings related to the following accounts.

For those users who use Twitter, it allows them to not only back up but also delete their old Tweets. With all these amazing functions, the one great thing about this app is that it does not store any of the information as all the user data stays right on their phone.

It is currently available free on iOS.

Specter the new app from the same app developing team that brought us the camera app named Halide. With Spectre, users are now able to take photos they previously thought were not possible to take on their iPhone as it takes an inventive new approach to the long exposure photoshoots.

If the user wants to make the traffic or cars disappear from their daytime shots or they want to create few waves of light during night shots, it lets the user does it all without a need of a tripod. The thing is that this app is working behind the scenes to make the final product come into reality. After making these long exposure shots, Spectre then saves these photos as “Live Photos”.

Tap In is a meditative app, in fact, think of this app as a trivia for the mediation except not being actually a game. The app offers users with only one daily live mediation session of 10 minutes. These sessions are guided by the help of professionals and are able to help the user from wherever they are.

The app is currently available for free on iOS.

While Yolo is different in a variety of ways, it is still quite similar to the Snapchat that actually helped the app to be launched and get viral so fast. This Q&A app has proven to be more viral and long staying one than many other apps as it has remain don the top of both iOS and Android app stress for nearly 2 months.

It is available for free on both iOS and Android. 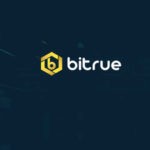 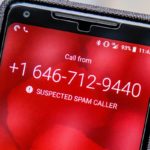