Well if you were worrying that the US government was the only one watching you then thick again.

The former whistleblower of the NSA; Edward Snowden revealed the news that Facebook has undertaken a task which is to spy on their users. In addition to this, Snowden also said that he is going to teach users of Facebook to fight back against this corporate surveillance.

Snowden tweeted, “in the coming weeks I am going to explain how each of the social media sites is spying on you and I am also going to teach the methods by which you can limit the information of how much they know about their users. If you use these sites, keep an eye out on them.”

Facebook, who now also owns the Instagram, has long since been regarded as a dubious a juggernaut of surveillance and no one is surprised in the last about this news from Snowden. It seems that the US government has given the task of the surveillance of the people to the shade of light Blue.

It is still to be noted here that this news of surveillance by Facebook coming from Snowden has coincided with Snowden’s upcoming memoir. And this new information also seem to be a stunt of promotion for this upcoming book by Snowden.

Still, this does not mean that the major point in this news is to be ignored which is that the Facebook is spying on its users and it is now high time that something should be done against it.

Use of AirDrop can give hackers access to the phone number 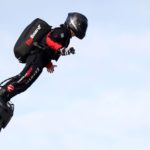 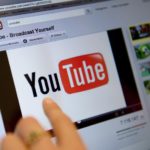