Franky Zapata, the French Inventor after his failed attempt to cross the English Channel last month has now successfully completed his crossing of the English Channel on the morning of August 4, 2019, while riding on his jet power hoverboard which he names as Flyboard Air.

Zapata started his flight from Sangatte in France and then reached Dover, England 22 minutes later. During the completion of the 22-mile long journey, he was flying at a speed of 106 miles per hour. After successfully achieving his feat, Zapata said to media, “we made this machine three years ago and now we have successfully crossed the English Channel.”

According to media reports the trip was not a continuous one as Zapata was carrying fuel for a 10-minute journey on his back. During the half of his journey, he made a pit stop to refuel.

This was the second attempt from Zapata to cross the Channel. He made the last attempt near the end of the July this year which ended in failure as he fell into the seawater while he was trying to safely land on his refuelling platform.

He only missed the edge of the platform by a few centimetres. After suffering he crash, Zapata said that he would try crossing the channel once more. However, this time he used a different route and also a much larger platform for refuelling.

Zapata invented the Flyboard back in 2011 which was a device that makes use of the water jet in order to propel the rider through the air behind a boat.

After that, he invented the Flyboard Air, which was a hoverboard powered by not one but 4 of the turbojet engines. This hoverboard allows the rider to soar through the air without any hindrance.

Some defence companies have also shown interest in Zapata’s vehicle and his company is named “Zapata Industries”. A defence contractor by the name “Implant Sciences” had plans for acquiring his company but the deal fell apart midway. However, Zapata gained a 1.3 million Euros grant from the defence and procurement agency of France back in 2018 to develop his vehicle.

World Record for The Most Trees Planted Broken by Ethiopia; People planted 350 Million Trees in 12 Hours 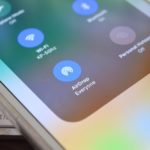 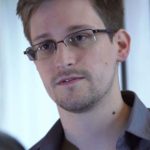