A few days ago the Project xCloud’s preview from Microsoft went live for the Xbox users. The preview is online for users in countries like the UK, the USA, and Korea.

People are being invited by the Software giant for participating in the game streaming service’s beta program. The game streaming is currently limited to titles like Gears 5, Sea of Thieves, Killer Instinct and Halo 5: Guardians for this initial previewing phase.

The gaming chief at Microsoft, Kareem Choudhry said, “Public preview is the critical phase of our multi-year ambition for developing games globally via streaming at the scale as well as the quality of experience that is deserved by the gaming community. It is now the right time to put the Project xCloud in the broader testing capacity with a wide range of the gamers, network environments, devices along with real-world and use case scenarios.”

What is needed for using the Project xCloud preview service?

Testers have already signed up for the beta last month. Now, they are going to need either an Android tablet or a smartphone that is running on Android OS 6.0 or above which has the Bluetooth support of 4.0 along with the Microsoft account and the Xbox One controller which is Bluetooth enabled. All of these things are needed for using the Project xCloud preview service.

As for the content catalog, Microsoft has plans to expand it over time. In addition to this, Microsoft is also working out with network carriers for testing the game streaming service.

Currently, Microsoft has made the 5G partnership deal with the South Korean company SK Telecom in the region along with a partnership with T-Mobile for USA and Vodafone for the UK in order for better optimization of the Project xCloud while using these mobile networks.

Choudhry explains, “In the world of today, mobile networks are the major part of connectivity. This is the reason we are working really hard to make sure that gamers get the best experience from this service. Also, we want the Project xCloud to be optimized for as many network configurations as is possible.”

Microsoft has already rolled out invites to all who signed up for the beta testing, so go check your inbox if you have signed up for one.

Google pays its tribute to creator of Phenakistiscope with a Google Doodle, Joseph Plateau who made the way for cinema 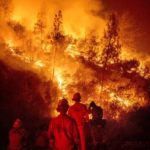 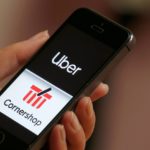