YouTube Music service has now added in a new feature that will now let the users flip from the songs’ studio version to its music video with a single click of a button and without having any interruptions.

If the video of the song is available, then the screen of the app’s will have 2 buttons on top of it with one saying Song and other saying Video. Tapping on the Video button will transfer a user to the official music video of the song without having any pauses in the playing song. If a user wants to revert back to the song, they can simply click on the ‘Song’ button and they will be switched back to just the audio version of the song with its cover art.

This feature is going to be ‘time-matched’ which means that when a user switches from one button to another, they will be sent to the time where the song is currently playing.

For those users who simply want to save some mobile data on their device by not running those high-resolution videos, they can simply turn off this Music Video option. For that, you need to perform the following steps.

According to YouTube, they have currently matched over 5 million audio video songs for this new feature. YouTube is already the platform where the majority of the music videos of the songs are present and with this incredibly helpful feature, users will now not have to do individual searches.

Prior to this feature, YouTube has already presented improvements such as expanding the Offline Mixtape which allows the user to automatically download hundreds of their favorite songs when the feature is enabled. User can also use the free tier version of this feature with their Google Home speakers. 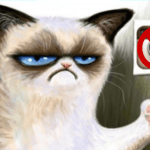